The Real Housewives Of Dallas

The Real Housewives Of Dallas catch up

The Real Housewives of Dallas, also known in its abbreviated form RHOD, is an American reality television series that was produced by Emmy Award-winning media production company Good Pictures for Bravo. The show represents the ninth instalment of the hugely popular The Real Housewives franchise, and focuses on the personal and professional lives of several women living in the city of Dallas, Texas. Several of The Real Housewives of Dallas cast members have gone on to become media personalities in the United States. These include American actress Tiffany Hendra (Survivor: Micronesia – Fans vs. Favorites, Black Tie Nights), Brandi Redmond, and LeeAnne Locken. The show also features several friends of the leading personalities, includin Marie Reyes, Jennifer Davis Long, and in later seasons, former RHOD cast member Cary Deuber.

09/06/2022 3.0 7 x
In the conclusion of The Real Housewives of Dallas season 5 reunion, Tiffany and Kameron spar over chicken feet, cultural stereotyping, and their social media war.

19/05/2022 3.0 8 x
Tiffany finds the balance she's been searching for, while Kary continues to work through her family issues. D'Andra meets up with her stepmother, but she has few choice words.

12/05/2022 3.0 7 x
Stephanie plans a series of childhood games for the ladies to partake in but an unforeseen visitor catches Kary off guard. D'Andra receives a shocking letter from her stepmother.

05/05/2022 4.0 13 x
Brandi reluctantly forgives D'Andra and the ladies head to Oklahoma for a weekend of camping. With the help of Charles, a local hunter, they set out on a mission to find Bigfoot.

28/04/2022 3.0 5 x
Tiffany seeks guidance from Momma Dee after a stilted encounter with her own mother. Stephanie plans a trip to Oklahoma, but her efforts are in jeopardy.

Season 5, Episode 10 - A Simmons By Any Other Name

14/04/2022 4.0 13 x
D'Andra's Medicine Monday leaves Brandi feeling like she betrayed her religious beliefs. Meanwhile, Tiffany has a big meeting with her boss to reduce her work hours.

Season 5, Episode 7 - Getting Weird in Austin

24/03/2022 3.0 11 x
Tiffany finds out that her pizza party left a bad taste in everyone's mouth, and worries about her upcoming meeting to reduce her work hours. The ladies hit the road.

Season 5, Episode 6 - Another One Bites the Crust

17/03/2022 4.0 13 x
Tiffany throws an intimate pizza party in an attempt to get closer to the other women, but her obsession with rules and an ill-timed prank only push them further away.

10/03/2022 4.5 11 x
Brandi's birthday trip to Grapevine continues as D'Andra and Kary spar over their fractured friendship, while Kary accuses Tiffany of being a hypocrite.
Archive
Recommended shows 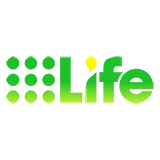 9Life
PostcardsPostcards is an Australian holiday and travel series written for television and serves as a showcase of all the beautiful things Australia and New Zealand have to offer.

We and our partners store and use information on your device with your consent. Browsing data is collected by means of cookies to process personal data. You can give or withdraw your consent by clicking the 'Change preferences' button. You can manage your choices at any time by clicking 'Change privacy preferences' in the footer of the website.

What do we use your data for?

Actively scan the device attributes for identification. Store and / or access information on a device. Personalized ads and content, ad and content measurement, audience insights and product development. Ads are served by Google Ads. More information about how Google uses your personal data can be found here. Please also see our privacy policy.

Change preferences
Change preferences
Necessary and functional cookies
Always active
These cookies are necessary for the website to function and cannot be disabled. You can set your browser to block these cookies, but some parts of the website may not work.
Analytical cookies
Always active
Analytical cookies help us to monitor the quality and efficiency of our website. We only use this information to produce generalised statistics to improve the user experience of our website.
Google uses cookies and collects information about your device and the use of this site. Learn more about Google's use of cookies and data usage.